Urinary Tract Infections (UTIs) are one the most prevalent illness affecting women. Doctors estimate that 50-60% of women will experience at least one UTI in their lifetime. The incidence and severity of UTIs rise with age, making older women especially vulnerable to severe and recurrent UTIs.

What is UTI in Older Women?

A UTI is a bacterial infection that affects any part of the urinary tract, which includes the urethra, ureters, bladder, and kidneys. A geriatric UTI is an infection in someone over the age of 65. Studies report over 10% of women over 65 years old have experienced a UTI in the last 12 months. The occurrence rises every subsequent year.

The three types of UTIs are classified based on the part of the urinary tract. They vary in severity. Infections include:

What are the Common causes of UTIs in Older Women?

Females are more susceptible to UTIs than men because their urinary tract is shorter and their urethra is closer to the anus. The proximity creates a pathway for bacterial spread. Older females have an elevated risk of UTIs because of age-related changes and overall health. Risks for older women include:

After menopause, hormonal changes cause the vaginal tissue to become dryer and thinner. As a result, the urinary tract is more vulnerable to bacterial invasion, elevating the risk of UTI for elderly women. Vaginal dryness also suppresses the presence of healthy bacteria that help the vagina repel the germs that cause UTIs.

What are the early signs of UTI in Older Adults?

The symptoms of a UTI are the same for all ages. Older adults may have a faster onset and more severe symptoms. Individuals should monitor themselves or their loved ones and seek medical care to prevent UTIs from progressing. It’s possible to have one or multiple symptoms at once.

In addition, many seniors or their caregivers dismiss the symptoms of UTIs as normal changes or symptoms of another condition. Individuals should always consider the possibility of a UTI when assessing themselves or a loved one. The primary indicators of UTI include:

If the UTI goes unaddressed when the early signs are present, the infection will spread through the urinary tract, reaching the bladder and kidneys. The bladder stores urine before its released from the body. Once bacteria enter the bladder, they rapidly grow. The kidneys are a vital organ that filters the blood, removing waste material that is then released in urine. When a UTI reaches the kidneys, older adults are at enhanced risk of systemic infection, renal damage, and other complications.

UTIs and Sepsis in Older Adults

Sepsis is a systemic infection in which widespread inflammation leads to illness, organ failure, and possibly death. Any untreated infection could lead to sepsis. Nursing home and long-term care residents are especially susceptible to sepsis if their UTI goes undetected. Family members need to assess their loved ones during visits and communicate questions to the facility’s staff.

Urosepsis is sepsis caused by a UTI. It’s a relatively rare condition, but older females are more vulnerable to sepsis due to their weaker immune systems. Sepsis can be difficult to treat and elderly patients with underlying health issues are particularly vulnerable. Preventing, quickly diagnosing, and treating UTIs can avert this possibly life-threatening condition.

How Long Do UTI Symptoms Persist for the Elderly?

It is more difficult for the elderly to clear UTIs on their own due to concurrent medical conditions and weaker immune systems. Without treatment, symptoms will continue and worsen until the individual develops a serious illness and requires hospitalization. Once started on antibiotics, symptoms improve within a few days and the infection may resolve within one week. In serious cases, symptom improvement may take longer.

Each individual’s history of UTIs, baseline health, and concurrent medical conditions influence which symptoms occur and how long they last.

Treatment of UTI in elderly female

Antibiotics are only effective when patients take the entire prescription as ordered. Patients must take all the prescribed doses, even if their symptoms stop before they complete the course of antibiotics. Seniors may need reminders to take their medication, particularly if they have cognitive impairment.

Later-stage UTIs may require blood tests or imaging studies of the bladder and kidneys to properly diagnose the infection. These UTIs are also treated with antibiotics. Patients may require longer courses of antibiotics depending on the extent of the symptoms and comorbidities. UTIs rarely lead to hospitalization unless they go untreated and the patient develops sepsis.

Elderly females with two or more UTIs in six months or three or more UTIs in 12 months may require treatment with prophylactic antibiotics. Some individuals become more susceptible to UTIs with each infection, leading to chronic UTIs. Doctors may order low-dose antibiotics for daily consumption to manage the risk of UTIs for these individuals.

How to Prevent UTI Prevention in Older Women?

Older women can take many proactive steps to limit the occurrence of UTIs. Caregivers for older adults should monitor them for mood changes, which may indicate a UTI.

Women should discuss treatment options with their doctors. Nursing home residents should be monitored for hygiene to ensure staff is maintaining proper incontinence care.

Natural Ways to Prevent UTIs in the Elderly

Can a UTI Cause Dizziness in Older Adults?

UTIs are a challenge for older adults because their symptoms often mirror other conditions. UTIs can lead to dizziness and unsteadiness. The sudden urge to urinate, combined with dizziness, increases the risk of a fall as women rush to the bathroom.

Can a UTI Cause Confusion in the Elderly?

Confusion is one of the hallmark signs of a UTI. Patients with UTIs may also feel fogginess, irritation, and delirium. Their confusion may stop them from seeking treatment because they misunderstand or forget their symptoms, allowing the UTI to worsen.

Can a UTI in Elderly Females Cause Dementia?

No. Dementia is a degenerative neurological disorder that alters cognition, memory, and personality. Symptoms of a UTI may mimic the signs of dementia, but research does not indicate UTIs cause dementia.

Can a UTI in Older Adults Cause Slurred Speech?

The cognitive impairment caused by UTIs may alter speech, but it is not a common symptom. If an elderly person or their caregiver observes slurred speech, they should seek immediate medical care. The symptom may indicate a neurological event, including a stroke.

UTIs are a common condition that will affect most women at some point in their lives. While UTIs are easily treated, they pose a threat to older women because of their weakened immune systems, comorbidities, and the tendency to dismiss their symptoms as another condition or part of aging.

Adults and their caregivers should monitor bathroom habits because changes may indicate the onset of a UTI. Post-menopausal women and those that have given birth are at elevated risk of UTIs due to biological and hormonal changes.

Maintaining overall health and wellness, practicing proper hygiene, and seeking treatment when symptoms present help prevent the occurrence of UTIs and minimize their effects when they do occur.

FIND US ON SOCIALS

What is Kidney Failure in Older Adults? 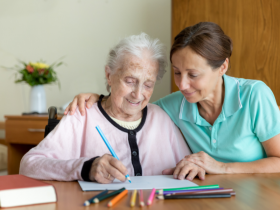 What is Dementia Care? 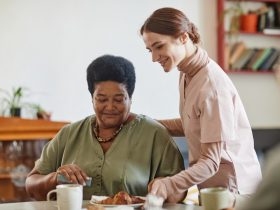 What are the Senior Care Options? 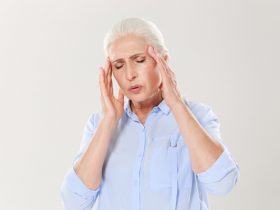 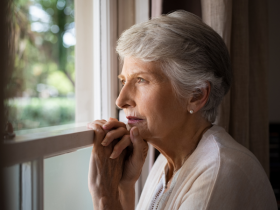 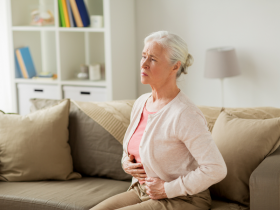 Living with Constipation in Old Age 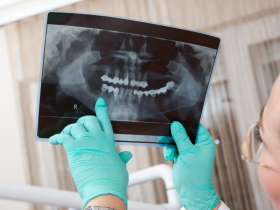 What is Kidney Failure in Older Adults?